Access ALL previous ESO expansions, plus this brand new expansion including the latest installment in The Legacy of the Bretons adventure and a new deck-building PvP and PvE card game!

If you're a PC player, make sure to request the "PC" platform (for an elderscrollsonline.com key) as well as the "Steam" platform. This way you won't miss out if your preferred store runs out!

A New Year-Long Adventure Awaits
The Legacy of the Bretons is a year-long interconnected adventure spanning four updates: The Ascending Tides DLC dungeon pack, The High Isle Chapter, The Q3 DLC dungeon pack and the Q4 Story DLC. Players can also enjoy free quality-of-life and performance updates alongside every quarterly update as part of our year-long commitment to improving performance. 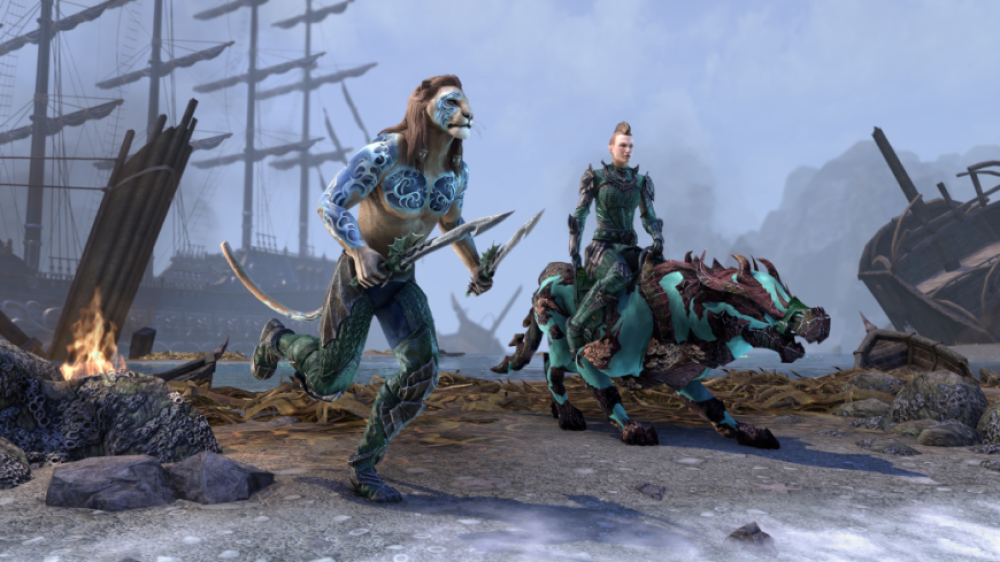 Brand New Companions
With the launch of the High Isle Chapter, we’re bringing two brand new companions to the world of ESO. Ember the Khajiit sorcerer and Isobel Velois, the Breton knight, will accompany you on your adventures in the Systres Archipelago and beyond. 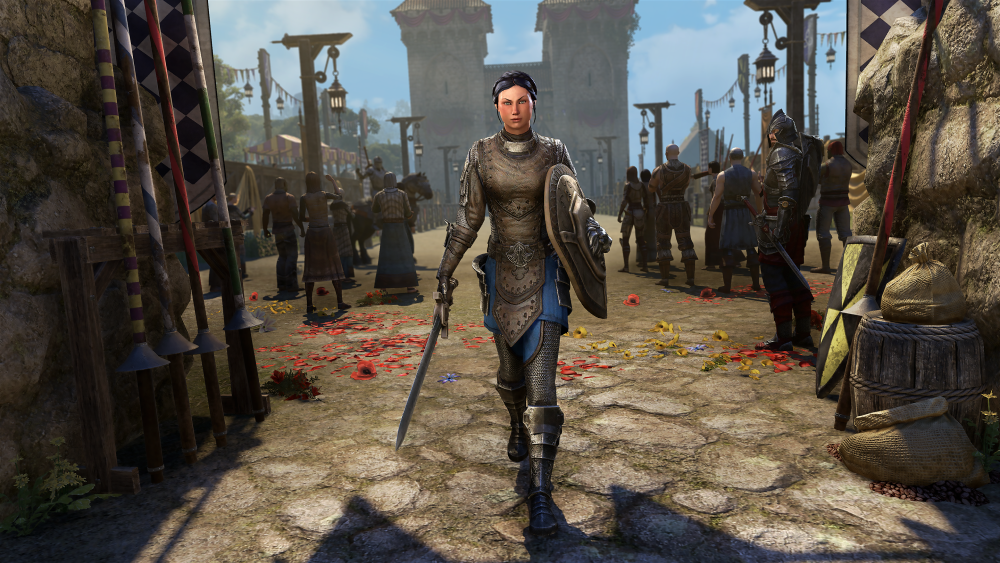 Tales of Tribute
A new way to unwind in ESO! Grab a tankard of mead and play a hand of an original fast-paced collectable card game, Tales of Tribute. Compete with friends or test your mettle against NPCs in this exciting deck-building game. Players can even increase their rank through Tales’ own levelling system. Plus, there are cool rewards to be unlocked like furnishings, transmute stones, and even advancing a storyline by competing against specific NPCs around the world. 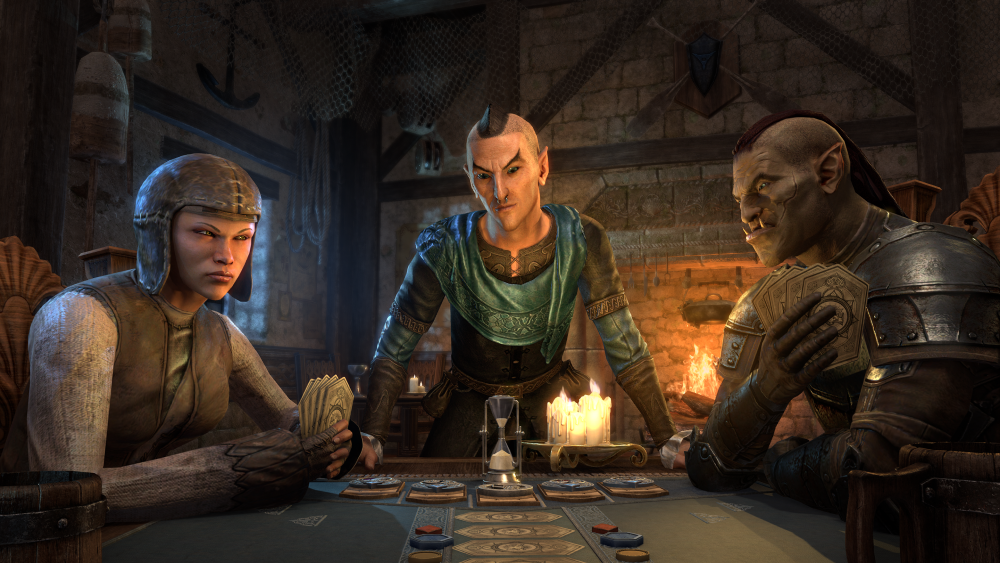 A New Elder Scrolls Online Chapter for Everyone
The Elder Scrolls Online: High Isle continues to build on ESO’s Chapter structure introduced in the ESO: Morrowind Chapter in 2017. Chapters deliver massive amounts of new content and features that are equally accessible and fun for both existing and new ESO players.

New Players: New players can jump right into The Elder Scrolls Online: High Isle and start a character, without needing to play previous ESO content. Since the original base game is included with The Elder Scrolls Online: High Isle Collection, new players also have access to hundreds of hours of additional adventures throughout Tamriel. New players pre-purchasing the High Isle: Collection will get immediate access to the base game, Greymoor, Elsweyr, Summerset, Morrowind and Blackwood Chapters.

Existing Players: ESO veterans will be able to upgrade and take their existing hero into High Isle to begin new adventures. No matter their level, existing characters will find level-appropriate content from the moment they step into the new chapter.

Haven’t played ESO in a while? The Elder Scrolls Online: High Isle is your best chance to jump back into ESO and continue adventures or start anew. Players only need to reinstall the game, log in, and start playing again. 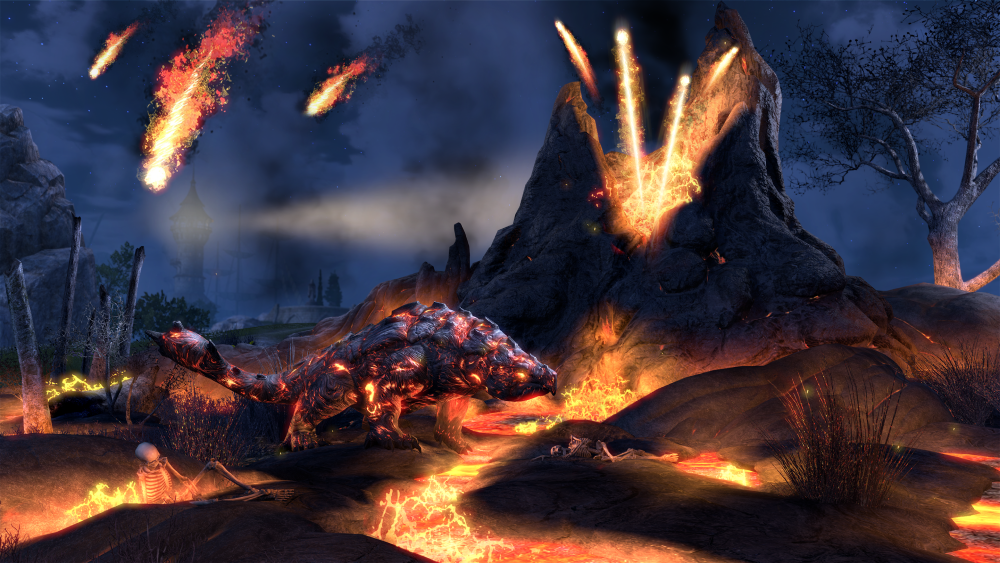 LEGACY OF THE BRETONS

The Legacy of the Bretons is a year-long interconnected adventure for the epic and award-winning Elder Scrolls Online story spanning all four updates in 2022, including the Ascending Tides DLC dungeon pack in Q1, the High Isle Chapter in Q2, the Q3 DLC dungeon pack, and the Q4 Story DLC. Set in an exciting new location playable for the first time ever in the Elder Scrolls series of games, players will unravel a fascinating political story amongst other adventures as they encounter the shadowy Ascendant Order across the shores of the Systres Archipelago.

A previously unexplored region, the Systres Archipelago takes inspiration from the beautiful, windswept shores of the Mediterranean. Here lies the enchanting world of High Isle, home of the Bretons, descendants of both humans and elves. The social elite live in the feudalistic society of Gonfalon Bay, the centre point of all political dealings on High Isle. Above all, chivalric honour reigns supreme here, so players will have to embrace the culture of a noble people in a world where ruthlessness threatens!

The Legacy of the Bretons story focuses on political intrigue, and High Isle is the perfect getaway destination for alliance delegates to take on the shadowy Ascendant Order - a secret order of knights led by the mysterious Ascendant Lord - and their chaotic motives. ESO’s more than 20 million players will experience an island paradise steeped in medieval culture and architecture, complete with magnificent castles and exciting tournament grounds.

The High Isle Chapter features a intriguing main story containing over 30 hours of new content, tons of side quests, countless quality of life features, and, for the first time ever, introduces Tales of Tribute; an all-new card game playable inside the world of ESO. The new Dreadsail Reef Trial, Volcanic Fissure World Events, unique Chapter-specific rewards and more will provide The Elder Scrolls Online: High Isle veteran players and newcomers alike with an amazing year of Breton brilliance. 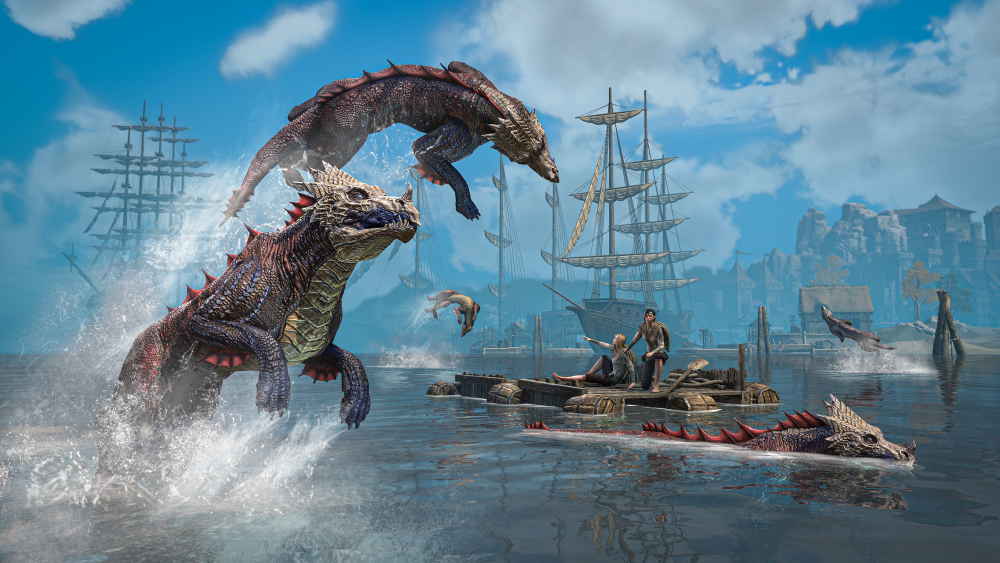 This game is not currently available on Keymailer

Notify Me
Requests are restricted. Your channel does not meet the promoters requirements. Click Notify Me to be notified if requirements change.
DETAILS